If you have enjoyed this short article, you can visit my two first blogs:       http://huberaime.spaces.live.com/    and: http://tabbychat.spaces.live.com/      If you don’t read French, have a look anyway at some photos among more than 1000. Look also at the Archives, on top of the page. Please write me there:         huberaime@hotmail.fr

This Sunday’s weather being unsettled, we don’t drive far away for this small hike. We park in Lagnes, a pleasantly situated village, located in the Apt valley entrance, close to the more famous Gordes and Fontaine-de-Vaucluse.

Hiking boots to our feet, we start eastwards toward the Plague Wall. In 1720, the dreadful disease was brought to Marseilles by a craft coming from the Middle East. The ship was placed immediately under quarantine, but not unlike nowadays, the market laws were compelling and the local merchants, eager to bring the ship’s goods to the city warehouses, succeded to make lift the quarantine and the plague broke out in Marseilles. The 2 meter high Plague Wall, with guard posts, was built in 1721 in an attempt to protect the Pope-ruled Comtat Venaissin from the disease spread. The wall was partly effective but numerous deaths were yet to deplore beyond it. At the end of 1722, the plague epidemic finished and the dry stones of the from now on useless wall were collected to be reused somewhere else. The best preserved remains have recently been restored at several places.

This is not the Great Wall of China, though. During this morning, the sky is overcast and hazy and we don’t take many pictures. The second photo is from a previous hike. 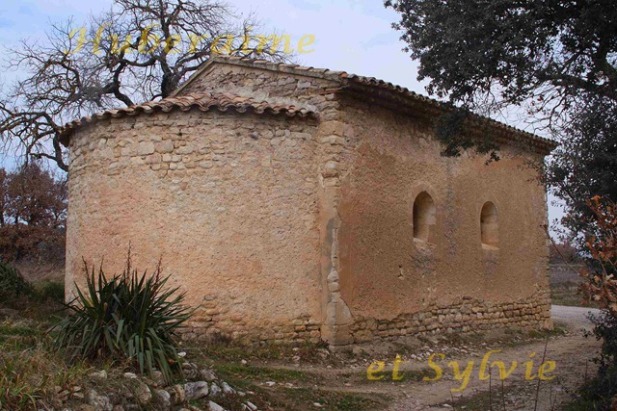 We have picnic near St.Eusèbe chapel, a very ancient and sober building, on Cabrières-d’Avignon territory. A short moment later, the sun performs a brilliant sally, routing quickly the hapless straggling clouds.

Here is Cabrières castle. We come back to Lagnes from the South and enjoy this view. 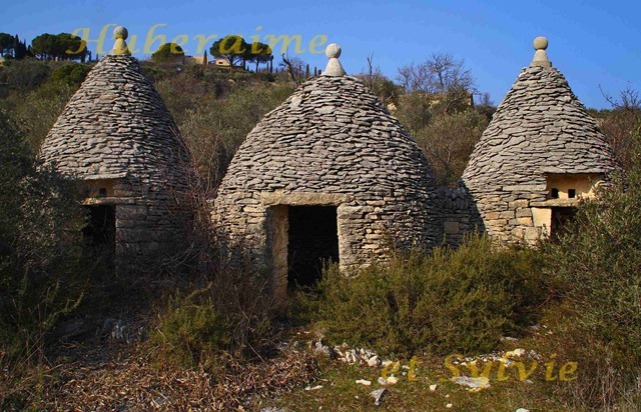 Here is  Lagnes again. We drive back home like children playing truant in the sun, and have a look at these dry stone small huts called Bories des Soldats, on Gordes’s territory. 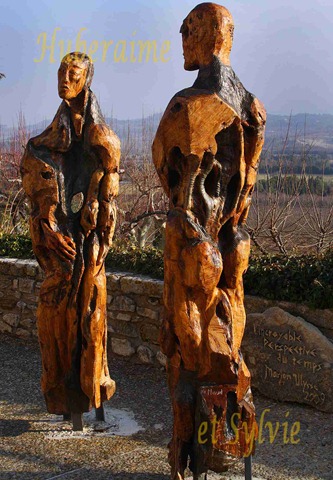 A last stop enables us to admire Notre-Dame du Salut chapel, close to Murs, enhanced by the setting sun light, with the Lioux cliff in the background.           Huberaime